Sam Morrison (1952) is an American soprano saxophonist and alto flute player/composer who replaced Sonny Fortune in Miles Davis' band in 1975. Davis supposedly said, "I haven't heard that much fire on the saxophone since 'Trane was in my band". 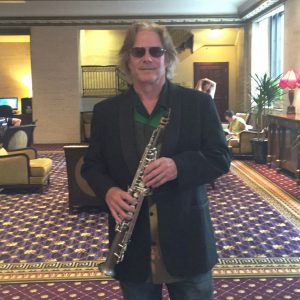 His performance with Miles at the 1975 Newport Jazz Festival (held that year at Avery Fisher Hall), was very favourably reviewed in the NY Times; part of that concert's recording was recently released in the Miles Davis bootleg series, volume 4; 1955-1975 Newport Jazz Festival. Other bootleg recordings of concert and club performances of the band including Sam are sold by many collectors on the internet. Morrison is also featured on the Columbia boxed set, The Complete On The Corner Sessions.

His first solo recording, "Dune", from that period on Inner City/East Wind Records won critical acclaim in jazz circles as a groundbreaking fusion album. His next album, "Natural Layers" on Chiaroscuro Records, utilised the talents of Grammy-winning drummer/producer Narada Michael Walden and incorporated world rhythms in a tapestry of funk, fusion and jazz.

He has toured Europe playing such major jazz festivals as Vienne, Nice, Paris, and Stockholm. Sam has been a member of "The Children on the Corner", the Electric Miles reunion band featuring bass legend Michael Henderson and jazz tabla pioneer Badal Roy.

Sam studied music at Columbia University in NYC where he hung out regularly at jazz clubs like Slugs and the Village Vanguard, as well as at Fillmore East where he heard all the legendary rock bands of the day.

All of these influences can be heard in his current release, "Howl Revisited" on Brown Bag Records. The title track is an authorized version of the classic legendary Allen Ginsberg poem that virtually launched the mid 20th century through present-day literary and artistic sensibilities. Treated in a techno jazz style that hopefully, Ginsberg would approve, the vocal is performed by Morrison. 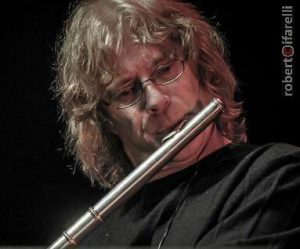 Other notable pieces include:

"Neema" - co-written by Sam and the gifted South African singer Mapumba Cilombo; his spectacular voice conveys the beauty of his lyrics and melody. T Xiques plays electric bass on that cut, as well as guitar and bass on "Hangin With Sherie", demonstrating Xiques' remarkable multi-instrumental chops. "Juxtaposition" is just Morrison on soprano sax and alto flute and a Macintosh computer doing synth, drums, and orchestration.

His previous CD, Dark Matter, received great reviews in the US, Europe, and is also available through Brown Bag Records.

Sam would love to return to Europe to continue to play Jazz, as would, the supergroup mentioned above and known as 'The Leap' - featuring Patrick Gleason, Michael Shrieve and of course Sam. So, European clubs and festival bookers you can contact Sam Morrison through his Facebook page or brownbagrecords@hotmail.com. All of his CDs are available on CDbaby.com and iTunes.

Sam Morrison plays and endorse the Dakota Soprano Saxophone exclusively and says thanks to Pete LaPlaca for his generous support.