Josephine Davies - Exploring the Depths of Satori which visits Germany on the Autumn Tour - EP.10

Nigel J. EiC @ JazzInEurope and producer at JazzTalk.News  – Nigel J. Interviews Josephine Davies his special guest in this episode and was looking forward to chatting with her, asking questions, listening and discussing three chosen tracks off her recent album titled: In the Corner of Clouds. We also discuss our own perceptions, wondering how UK based musicians may be impacted by Brexit and last but not least, Josephine's upcoming Satori Autumn Tour which heads to Germany with four key venues, reaching its finale date at the well-known Berlin Jazz club - 'B-Flat. Information on all venues is added below. 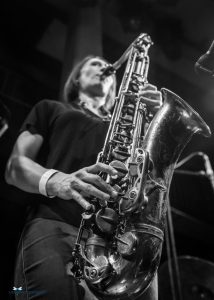 Containment would never define Joesphine Davies - This lady draws upon, and continually explores her own inner intuitive expression.  She transmutes those ideas energetically with musical freedom,  manifesting with her cohorts (drummer James Maddren. and bassist Dave Whitford) thought-provoking, emotionally providing, and a mind-body connection Jazz music that can reach us deeply. Only knocking at the inner door of our private sanctum, not with insistence. You choose to let the music enter. Having been a judged for a major US jazz competition recently, I am not surprised that Josephine Davies has been nominated for the 2019 parliamentary Jazz awards - Jazz instrumentalist of the year. 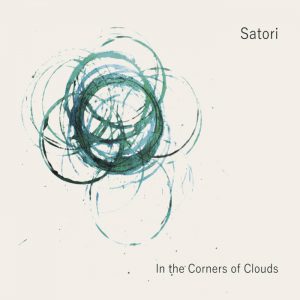 Direct album purchase: In the Corners of Clouds